If the spice of life remains elusive, you might just have anosmia

A little over 10 years ago, a thunderous thump on the head severed the delicate tendrils connecting my olfactory nerve to my brain. 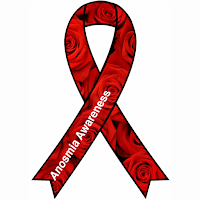 I was left with a condition called anosmia. Simply put, I can’t smell a thing.

Most people I tell this to immediately see the bright side. I am not bothered by skunks, or bus fumes—or  human fumes for that matter. I could nap next to a garbage heap or picnic by a pig pen and be blissfully unaware of the stench.

But I’d happily trade the occasional unpleasant odor for the simple joy of sniffing the lawn after a rain, or waking up to the aroma of coffee and bacon.

I miss the scent of fresh-cut flowers in a vase and fresh-baked bread on the table. I miss my wife’s perfume.

But what I miss most of all are the flavors of just about everything I love to eat. Think back to your last really stuffy head cold and you’ll get an idea what food tastes like to me.

Just a little background: Anosmia is a common complication of traumatic head injuries but it can also result from reactions to medication as well as infections. Recently it has been identified as a possible complication of COVID19.
Whatever the cause, millions of people experience anosmia. For some it’s temporary but for me and many others it’s permanent—and the consequences can be serious. Consider not being able to smell a gas leak, or smoke from a house fire. Think of all the times you cautiously sniff a piece of fish before you cook it or the milk before you pour it in your coffee.

Being unable to administer a simple sniff test can take an emotional toll as well as physical toll, particularly for those living alone. Welcoming visitors can be daunting when you don’t know if the laundry hamper stinks, or even if you stink.

The resulting anxiety makes it difficult for some sufferers to maintain relationships with other people. A healthy relationship to food can be equally challenging.

I knew smell played a role in taste but I had no idea how powerful it was until I lost it. Turns out, I’d been giving my tongue far too much credit all my life.

Now it’s all I have left, and no matter what I eat my taste buds recognize only the five basics: Sweet. Tart. Bitter. Salty. Savory. As for everything else that we think of as flavor, only the nose knows.

I’m lucky to have been spared unpleasant aftertastes and phantom smells that sometimes accompany anosmia. It’s no wonder some sufferers lose their appetite. Others who find life unacceptably bland go overboard indulging in sugar and salt, with predictably damaging effects.

I’d like to say I maintain a healthy balance. I’d also like to say I still have a full head of dark hair. In truth, I have to remind myself to eat things I can't enjoy and pass up the chocolate chip ice cream.

But don’t we all? I just need a little more reminding than most because so many normally attractive options might as well be literally off the table.

I simply can’t taste most seasonings or spices. That eliminates garlic and basil and oregano, and even assertive Middle Eastern flavorings like coriander and allspice and zaatar. Without reading the label, I can’t distinguish strawberry jelly from grape or apple. Savory is strictly one-taste-fits-all. Blindfold me and steak tastes like lamb, which tastes like chicken.

Luckily, I rarely eat blindfolded. One of my most interesting post-traumatic revelations is that taste, like all of our senses, resides in the brain. Our sensory organs, such as the nose and ears, are merely receptors. It’s up to our brains to make sense of what’s being received.

The first time we eat anything, the brain makes a profile of the experience. That includes the look, smell and texture as well as the flavor. The second time your eyes see a spoonful of the same stuff heading toward your mouth, your brain calls up the profile from memory.

If it’s a good memory, we open wide and salivate. If it’s a bad memory, we clench our teeth and maybe even gag. This is the saving grace of being Armenian with anosmia: When it comes to food, I have great memories. Believe me, I cling to them with all my might.

With Robyn’s generous help and support, I even continue to cook the way I always did. I marinate my kebab and season it generously in the Armenian “by the eye” tradition rather than with measuring spoons. Robyn assures me I do OK, which is not as crazy as it sounds. After all, Beethoven showed us it’s possible to write a fair symphony without being able to hear the notes. (Memo to self: He was Beethoven, after all.)

I’d love to tell you that life with anosmia has become so routine that I no longer think much about it, but I do—and probably that’s for the best. We’re born with just five senses, which are our only connection to the world outside ourselves. One of mine disappeared in a flash and left another severely diminished.

So it’s best to keep the remaining receptors on high alert even if that’s sometimes uncomfortable. I find that chocolate chip ice cream helps ease the pain.
Posted by Douglas Kalajian at 4:18:00 PM